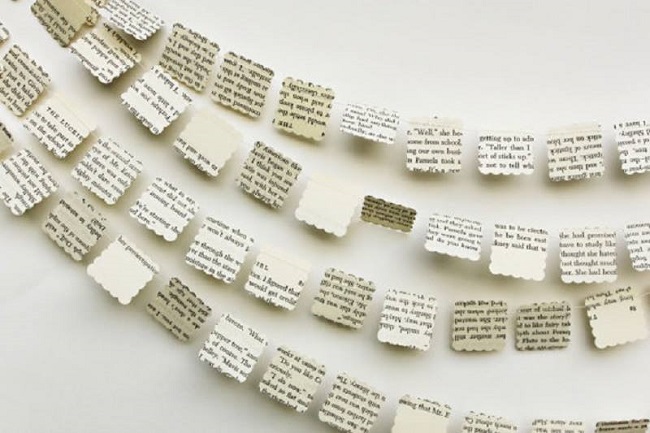 A colleague, a librarian from Brazil, told me the story.

A local politician, eager to campaign, thought of going to an indigenous community to get some pictures taken. His advisers suggested the creation of a small library in that community; its opening would be a fantastic opportunity to take those photos. In the end, it wouldn't be the first or the last time those poor devils were used for somebody else's goals, the consultants argued.

So the man sent a batch of books ―any kind of books, probably useless ones― to the indigenous village in advance, in order to gain some time and make all the preparations for the "grand opening."

A few days later the politician travelled there, with his entourage of flatterers and photographers. The community received all of them with the town completely decorated: all the (few) streets and houses were literally covered in paper garlands and ornaments.

Garlands and ornaments made with all the pages of the books they received. Until the last one.

One wonders if the members of that community didn't understand why the books had been sent to them... or if they understood it better than anyone ― and acted accordingly.