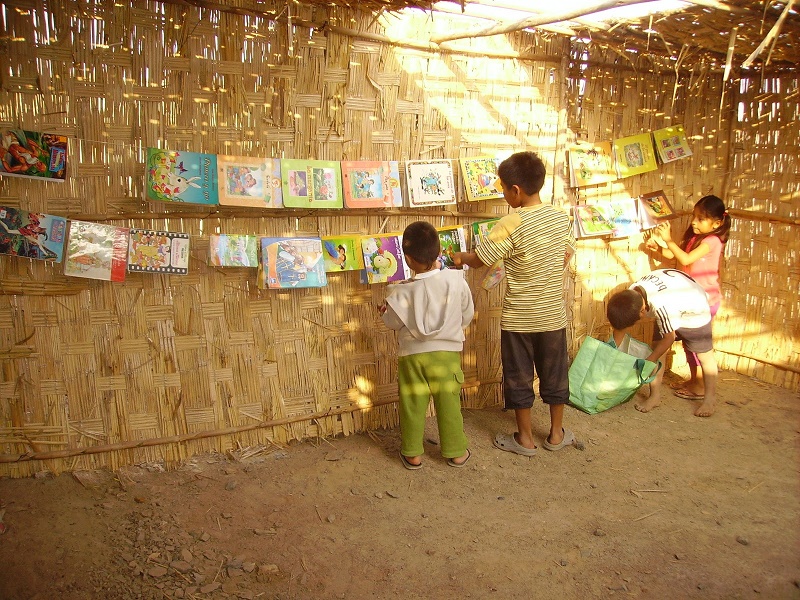 The first time that the inexperienced young man I once was entered that indigenous community in northeastern Argentina —a community whose name I don't need to remember right now— and announced that he was bringing them "the library" (with the same tone with which a preacher announces to a group of poor sinners that he brings them the salvation of their souls), that young man received intrigued looks and a single answer:

—We do not need a library.

Everything I had learnt (or believed to learn) at the university was burnt in seconds by that statement. And I left the place eaten by doubts. How could anyone not want something as wonderful as a library?

The fact is that what the inhabitants of that community —and many others, as I would find out over the months— did not want, even if they could not express it too well, was the library model that I offered them. Our library. A library that had systematically left them off its shelves. One that, in some cases, prohibited them from entering its rooms. Because they were "indians." They were dirty, thieves, they could not behave properly, like educated people...

(Back then I thought this problem to be limited to Argentina. Then I started traveling and I found it in the rest of Latin America. And the world).

I solved the reticence of that community by creating a library model adapted to their needs (a number of small mobile sound libraries). But it was something I had to discover by force: nobody taught me that. Many of us were not taught that there is not a unique library model. Many of us were not taught that to be successful, any project (including a library) must be adapted to the needs and, above all, to the ideas and realities of its final users, even if we have to destroy all our preconceived structures and swallow up a bunch of our prejudices.

In short, many of us were never taught that a library is a place where a person (or a community) and knowledge meet. And that such a space and such an encounter can assume —what a wonderful thing!— thousands of different forms. As many as different perspectives exist in this diverse world of ours.