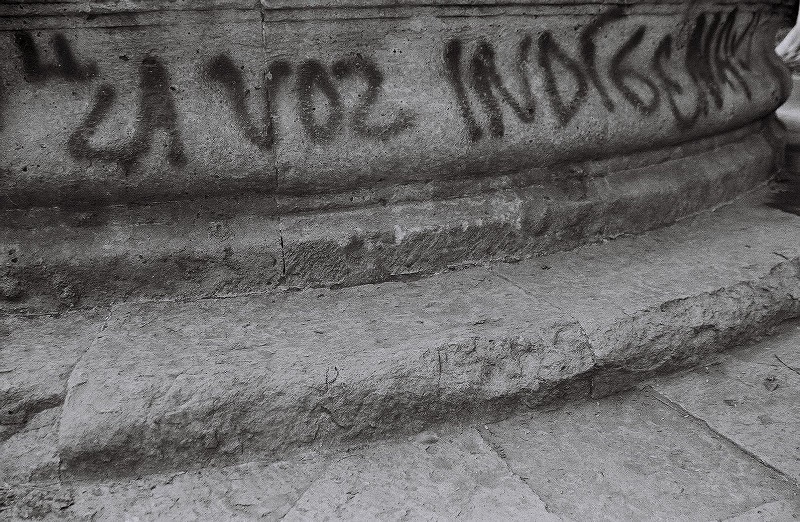 With voice, without voice

For many years I have been working with oral tradition and with endangered sounds: languages and music.

It all started one night in north-eastern Argentina, when I sat down in front of an old man of the Qom indigenous people, ready to record a couple of legends. Instead, he kept me up all night, telling me the complete mythology of his people.

The next morning, I realized that I had just witnessed a unique spectacle, and that I wanted to dedicate my career and my efforts to prevent memories as those of that old man to be lost in oblivion.

Since then, I have been working in a very rich field. And, at the same time, in one full of conflicts and biases.

There are many who pick up the voices of indigenous peoples and other "minority" groups: groups that have been punished and massacred or, at best, ignored and invisible. And there are many who, when gathering the stories, the memories, the complaints and the struggles of those peoples, ensure that they are "giving voice to the voiceless."

Such an assertion is terribly arrogant.

It assumes that these peoples —all those men and women— have no voice, when in fact they do. A very strong one. A different thing is that there are not many ears interested in hearing it.

Or it assumes that the only "voice" that can be considered as such is the one reaching the greatest number of ears: the voice of the media, the dominant voice. This is equivalent to accepting that there is no life outside the media, and endorsing an unfair and degrading status quo, which gives and takes "the voice" according to their interests — and which often requires intermediaries for certain stories to be told.

I was once one of those arrogant ones who thought to give voice to those who did not have it.

Over the years I ended up understanding that it was not necessary to give them a voice: it was necessary to remove their gags.

And we (especially those of us who work as librarians, managers of human memory) need to remove the blinders that keep us in our comfortable reality, and take a look around us. Trust me: what you will find will amaze you.