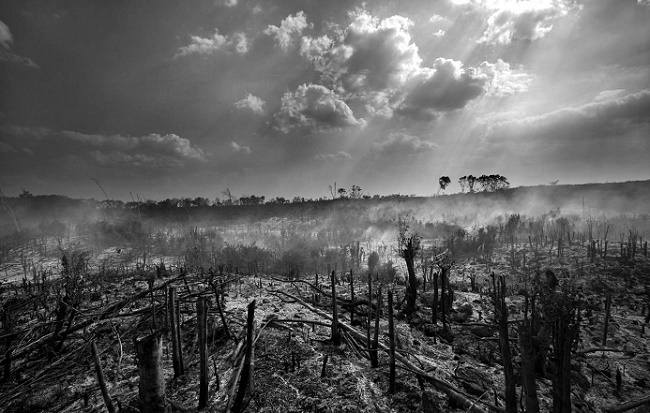 The topic was addressed by American researchers Jennie Moore and William E. Rees in 2013, in the fourth chapter of The Worldwatch Institute's already-famous "State of the World" report entitled "Is Sustainability Still Possible?" (available online).

Measuring the ecological footprint of the current human population, it is possible to detect that approximately one fifth of the world's population lives in high-income societies (most of North America, Europe, Japan and Australia, plus the consumer elites of the low-income countries). To maintain their standard of living, that fifth part takes over four fifths of the world's natural resources, and generates most of the harmful waste (including greenhouse gases).

Grosso modo, that fifth part, that sector of humanity, lives as if they had the resources and the assimilative capacity of three planets Earth.

And, of course, few of the members of that sector are willing to give up their way of life. Many prefer not to look around, others do not care (as long as their privileges are not touched), and others opt for a utopian wishful thinking ("in the near future we will all go to Mars", "in the near future, Science will solve all our problems ", etc.)

It happens that, at the rate we are moving, there will be no near future. And science is still far from solving our problems.

Meanwhile... do we librarians do something about that? Are we part of the problem? Of the solution? Do we even have a minimal idea of what is going on and what may be our role in this situation? Or are we, too, partakers of the wishful thinking?